Before the last general election two years ago I wrote a blog about how we might pray in the days before we cast our vote. I recycled it recently and it got a few appreciative nods. Enough said, I thought.
But then I saw the official prayer issued by the Church of England for this 2019 election. Here it is.

God of grace and truth,
send your Spirit to guide us
as we discover your will for our country.
Help us to discuss the issues before us
with courtesy, truth and mutual respect,
and grant that all who stand for parliament
will seek to serve the common good,
through him who came not to be served but to serve,
Jesus Christ our Lord.
Oh dear!


Yes, I have to say that it left me feeling decidedly uncomfortable, and I admit, embarrassed. Judging by responses on social media, I'm not alone. Everyone endorses the sentiments about courtesy, truth and mutual respect. We all want those who are standing for parliament to seek to serve the common good (but why seek to? - such a weak, padding kind of phrase when what we're longing for are men and women who will go beyond "seeking" actually to embrace "serving" without fear or favour). And I'd have thought we would want to focus our prayer specifically on those who are elected to parliament rather than simply standing. But let's not be pedantic when there's a bigger matter at stake.
It's the opening petition that's the trouble. Send your Spirit to guide us as we discover your will for our country. I don't think this will do, either as prayer or as theology. Which is saying the same thing. Lex orandi, lex credendi: as we believe, so we pray; and as we pray, so our belief is formed and shaped. Doctrine, liturgy and spirituality are not separate from one another. They are a single entity that expresses our response to the God whom we worship and serve. I'm saying that this and every liturgical text not only tells us something about how we pray. It's a mirror that unmasks and reflects back to us what we truly believe, in this case about God's will and purpose for us mortals.
Or at any rate, us mortals who make up the United Kingdom. This Church of England prayer seems to put into our minds and mouths the idea that whatever the outcome of the election, it will prove to have been God's will. This is what we are asking the Spirit to help us discover, as if having said our prayers, it's simply a matter of unwrapping an early Christmas present on Friday the Thirteenth to find out what we've been given.
Shouldn't we have learned by now that it's a dangerous doctrine to elide what actually happens in life with God's will and purpose? The seventeenth century philosopher Gottfried Leibniz may have believed that ours is the best of all possible worlds (among other reasons because a world that exists at all is arguably better than one that doesn't). Alexander Pope put it into verse.
All nature is but art unknown to thee;
All chance, direction which thou canst not see;
All discord, harmony not understood;
All partial evil, universal good;
And, spite of pride, in erring reason's spite,
One truth is clear, "Whatever IS, is RIGHT".
"explain" the mystery of providence and the reality of suffering. Events are facts on the ground, but they don't tell us about God's purpose. This was the problem Voltaire had to face when the wake-up call from Lisbon overturned his optimistic view of the world. The outcome of the election will be a fact by Friday, but whether we think it's a good or bad result is in no way connected with "God's will for our country". That's just a lazy optimistic assumption. Politicians (and clergy?) may like the convenient idea that whatever is, is right. But as an intelligent account of the world and of human life, it won't do.

alone the will of the Almighty.


abuse. Or when death is untimely and wrong as it so often is. And when the pain won't go away. Or when a relationship is irretrievably fractured. Or simply when events bewilder us, when the paper the book of providence is written on seems darker than the words themselves and we can't make head or tail of them. 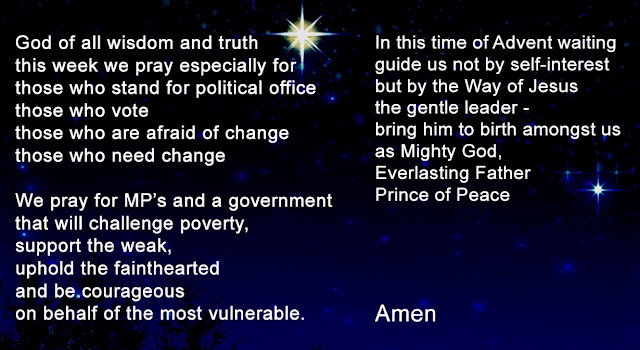